Time flies...and now so does my MHI team.

Jeez, I can't believe how quickly time flies.  It seems I just don't get enough time to update the blog or work on my hobby stuff.    I had shelved the Hind project for a few months, but was able to pick it back up again.  The model itself was a Revell 1/48th scale plastic model I nabbed off Ebay for a song.

I spray painted it flat red, and started trying to 'Orc'ise it.  In Monster Hunter International, the gang gets around quickly in style via the repurposed Mi-24d Russian Hind.  To avoid confusion, they had it painted red, similar to a Red Cross vehicle.   The super skilled pilot, Skippy, customized it from there.

It can be equipped with either extra fuel, missle pods, or a variety of other mission specific items.

Quite often blaring head banging Heavy metal and sacrificing chickens to the 'ro-tor' Gods, Skippy can do some amazing aerial acrobatics with the beefy copter.

Honestly, I'm not too fond of the lettering/numbering on the tail piece.  I tried to freehand it, but it looks pretty crappy.  I plan on just painting over it, and getting a decal kit to put the ID number on properly.  I don't mind the 'rough' look of the shark teeth, and white stripes, as I figured Orcs aren't super particular about the overall look. 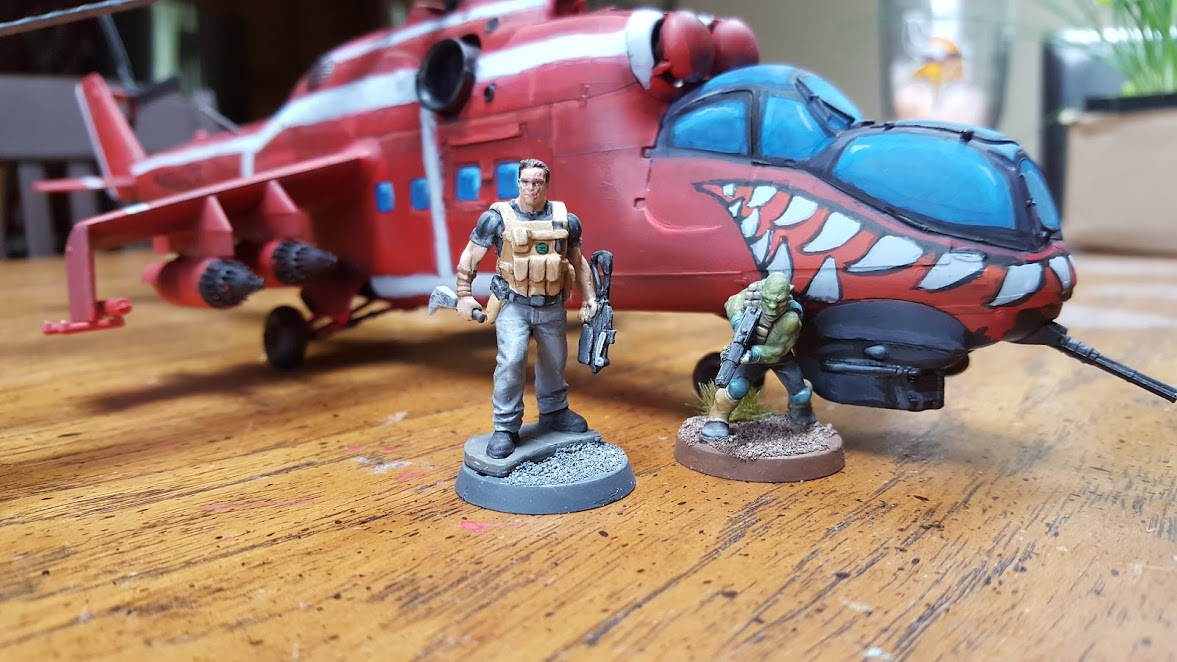 If I ever do manage to play some sort of game using the miniatures, I'd probably use the chopper as an objective point.  A 'GET TO THE CHOPPA' type scenario.

It's still a bit rough in spots, and I'll clean those areas up, but I was anxious to post pics to prove I hadn't totally abandoned the project!!

In the Monster Hunter International news, there is a bunch of new stuff in the pipeline.

First up, hitting in July, will be a 'Weird Old West' anthology.  Larry Corriea has authored a short story dealing with Bubba Shackleford, the founder of MHI.  Sounds like fun, and it'll give me a chance to start working on some cowboy minis!

The next in line in the overall continuing series will be called Monster Hunter Siege.  Sounds like the team is going to have it's hands full in this fight.  It's due out later this summer 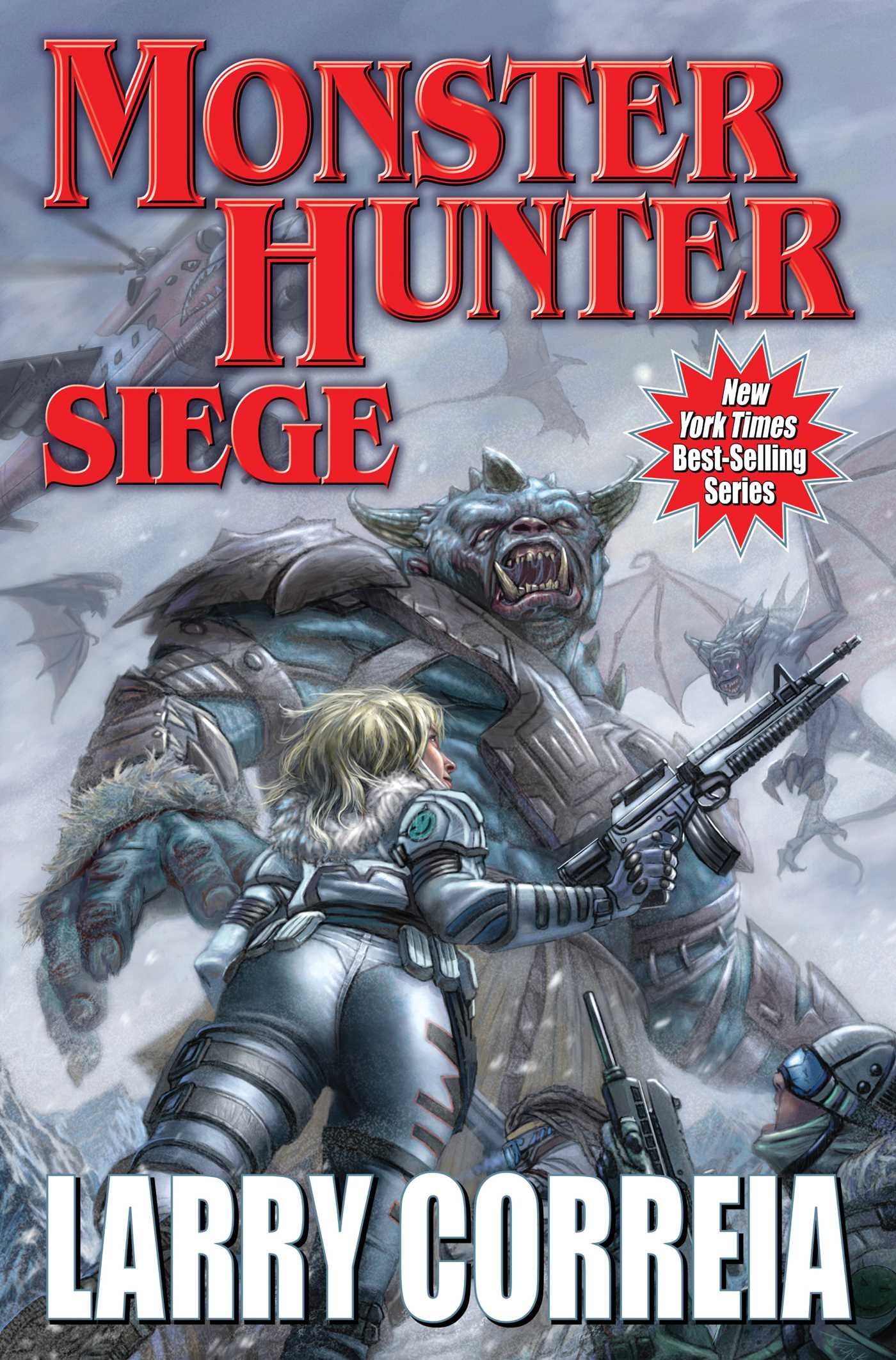 In October, comes the Monster Hunter Files, an anthology from a variety of authors penning stories set in the MHI world.

Somewhere soon the third book in the Monster Hunter Memoirs (called Saints) will be released, but I've not seen a date on that yet.

All in all, should be plenty of character, monsters, and etc. for me to keep my project plugging along for the foreseeable future!!

Posted by supervike at 1:14 PM

Hey, FYI I can't see any of the images.

What's all this stuff?

supervike's stuff is just my way of keeping track of my weird little hobby.

I like to paint and model little toy warriors. Told you it was weird.

This blog will currently focus on my Monster Hunter International project.

If you'd like to check out my other blog, that chronicles my Comic book inspired projects click here:

Stuff I said before.